Robert McCrum in the Guardian places Robinson Crusoe at number two on his list of best novels. (Note: don't be misled like I was, originally. McCrum isn't ranking by quality. Rather, he is making a chronological list, Crusoe following Pilgrim's Progress).  It's true that the novel is a milestone in English literary history. It's appeal and mythic status is undeniable, even mysterious.

For McCrum, the novel is remarkable for three reasons: the engaging narrative voice, the biblical redemption story plot, and colorful cast of characters.

McCrum appreciates how Defoe's long career as a writer for hire put him in the position to stumble upon greatness:

He was not a "literary novelist", and would not have understood the term, but his classic novel is English literature at its finest, and he hit the jackpot with Robinson Crusoe.


Posted by eschorama at 7:39 AM Links to this post

Public Domain Review connects you to Samuel Johnson's 1785 Dictionary of the English Language. You can virtually thumb through its scanned pages. 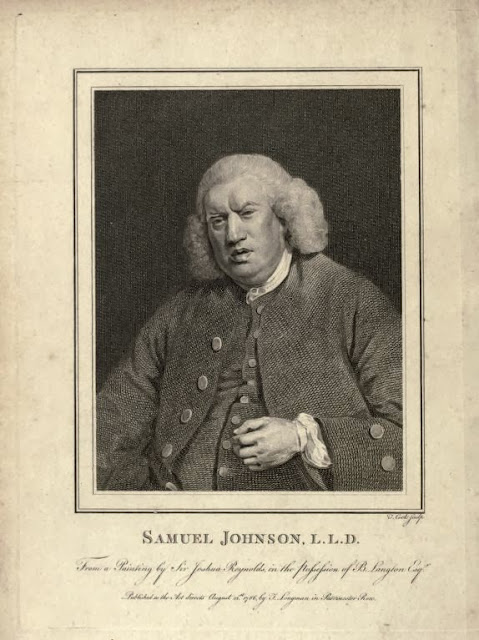 Posted by eschorama at 12:05 PM Links to this post

New edition of a scifi classic